Hotel Mitra Ptuj is located in the very center of the oldest town in Slovenia, and on the first floor, hidden among narrow medieval streets, is Mithra’s Garden – a quiet corner where you can escape from the hustle and bustle of the city and enjoy some of our home-roasted Kipertz coffee. Mithra’s Garden is a quiet café terrace and event space in the heart of the historic city, filled with lush greenery that comes to life in spring and summer.  The atrium of the hotel is intended for outdoor relaxation, away from the noise of the city, where you can have a refreshing drink or some of our Kipertz house coffee in good company. We also recommend you try some of the artisan desserts we offer at the hotel. By arrangement, the atrium can also host various social events such as meetings, concerts, theater plays and business receptions. 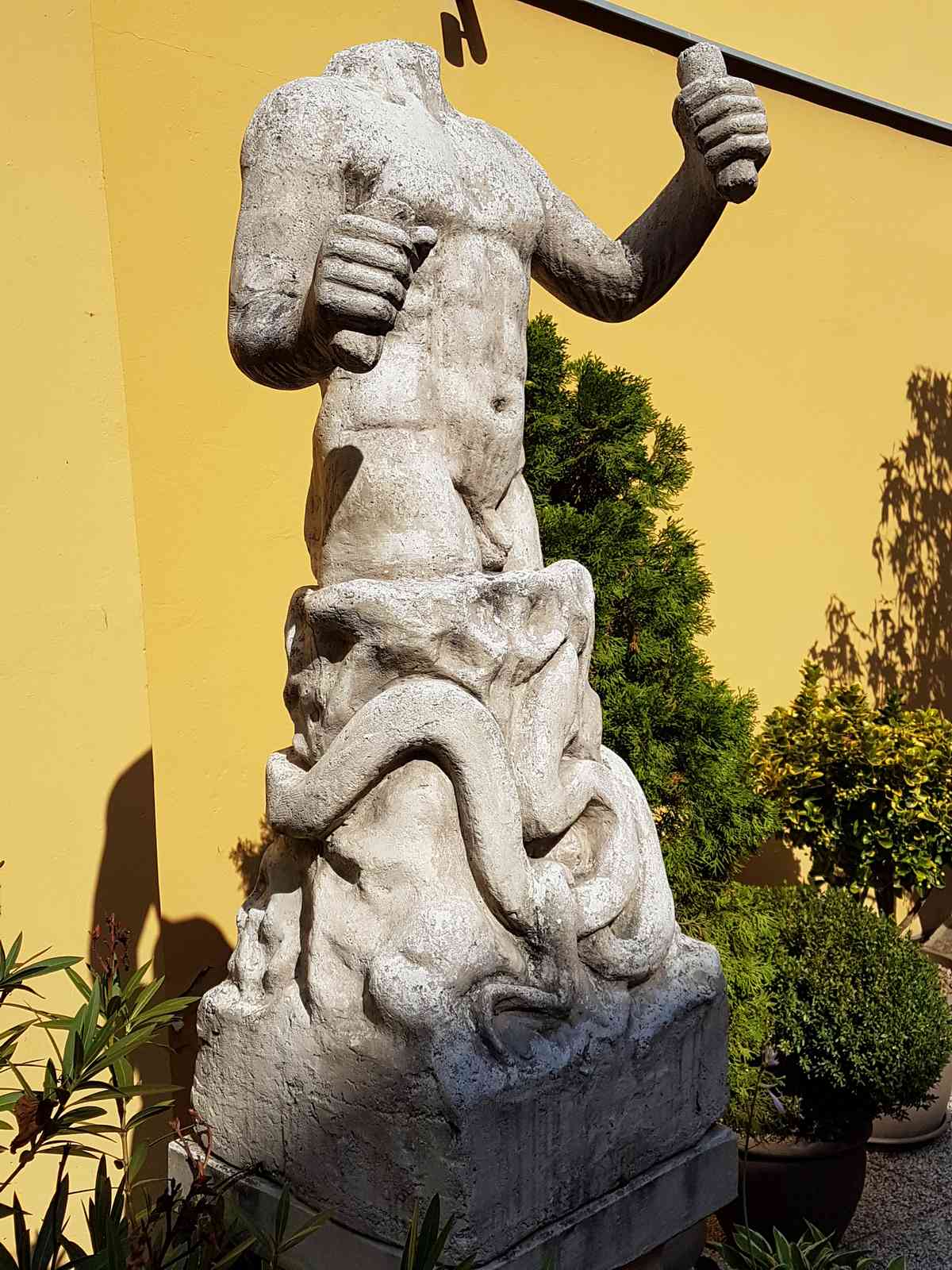 The Persian god of light and guardian against evil forces.

He was worshiped mainly by Roman soldiers and some military emperors in the late period of the Roman Empire. Mithraism or the worship of the god Mithra was especially widespread on the borders of the empire and in the Pannonian Plain. Some of the Mithra shrines, called Mithraeums, were also found in Ptuj and its surroundings. The remains of one of these shrines are exhibited in the entrance of the hotel.

In the conflict between good and evil, the god of light Mithras became a convincing victor among the staff of the Roman administration and soldiers, who erected a series of shrines in his honor. According to legend, Mithra had to drag a white bull into a cave and sacrifice it in order to bring to life plants, animals and people out of its blood and flesh. He protected this new life, summoned water from the rock with an arrow and performed many other good deeds. Thus, he eventually returned to the embrace of the light and good.