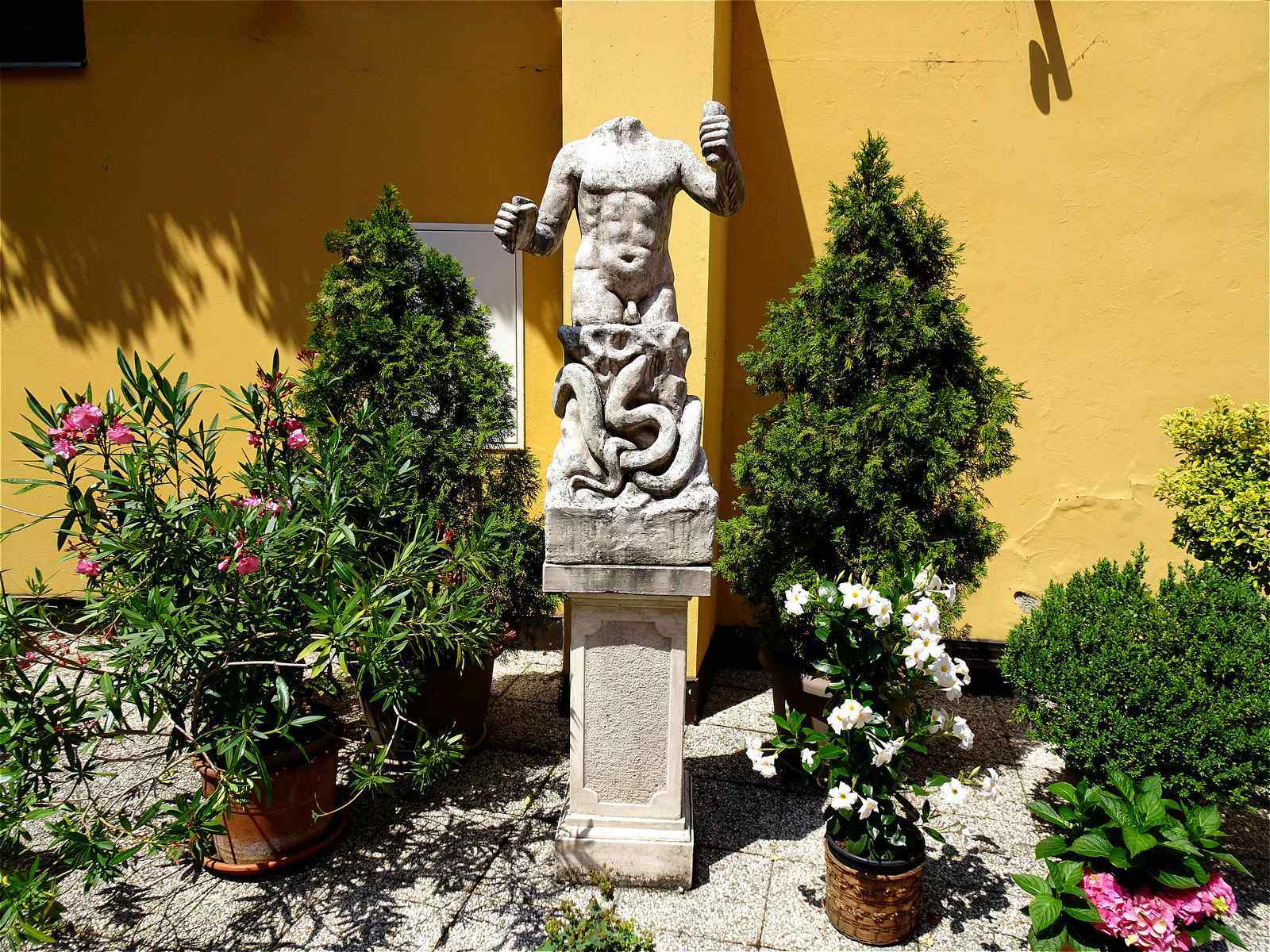 In the valley between the hills of Haloze and Slovenske Gorice, the ancient winding amber route between the North Sea, the Po Valley and the Mediterranean has been used for centuries. At the crossroads of these important water and land routes, Petoviona became one of the largest centers in Pannonia.

In the peaceful time of the 2nd century, Petoviona developed into a thriving provincial town. Due to its location, it hosted some important offices, the most important of which were the customs administration and warehouses (publicum portorii Illyrici) for the area from the Black Sea to present-day Switzerland (Retia), the inheritance tax office and the archives of the province of Pannonia.

In the 2nd and 3rd centuries, Petoviona was the center of many cultures that mixed with one another with the arrival of different peoples. In addition to the Italian population, there were also Romanized Celtic natives, merchants from the eastern and western provinces as well as officials, slaves and members of the Roman legions from the Greek-speaking East. Roman legionnaires, officials and merchants also brought various religions to the city that strongly influenced the culture. In Petoviona, military crews, legionnaires, customs officers and merchants worshiped a new cult – Mithraism; so far, five such shrines were found in Petoviona. The cult was strongly propagated by the emperors, as Mithras was a model of heroism. The cult was also widespread in the middle class of the population in Italy and in the provinces, the most important of which were Noricum and Pannonia.

Mithraism is a Roman religion of Persian origin that emerged in Rome and its environs in the mid-1st century AD and from there spread throughout the Roman Empire through lower state officials and soldiers. It was not an exclusivist religion, so we also find many monuments dedicated to other deities in the mithraeum complexes, or that the mithraeums appear in cities along with the shrines of other cults. However, the basic equipment of a mithraeum is always tied exclusively to Mithraic rites, although we may observe local or regional typicalities of these rites or ritual equipment in different parts of the empire. Some features may also be the result of the specific inclinations of the individual who decorated and furnished the mithraeum of his congregation. The small size of the mithraeums – which on the one hand ensured the confidentiality of what was happening in them, especially during ceremonial feasts – actually allowed the equipment and materials to be donated by only a few wealthier members of the congregation or even just one single benefactor.

The composition and internal organization of space in all mithraeums is always the same. They consistently follow the tradition of the first Mithraeum in the mountains of Persia, built by Zarathustra. He built it in a cave, shaped like the universe as created by Mithras, the father of all things, says Porphyry of Tire (234 – ca. 305 AD) in his work “On the Cave of the Nymphs”.

That is why the first Mithraeums in Italy were called “spelea” by the Romans (lat. spelaeum, eng. cave), but when Mithraism spread to the provinces, they began using the Roman name for the temple – “templum”. 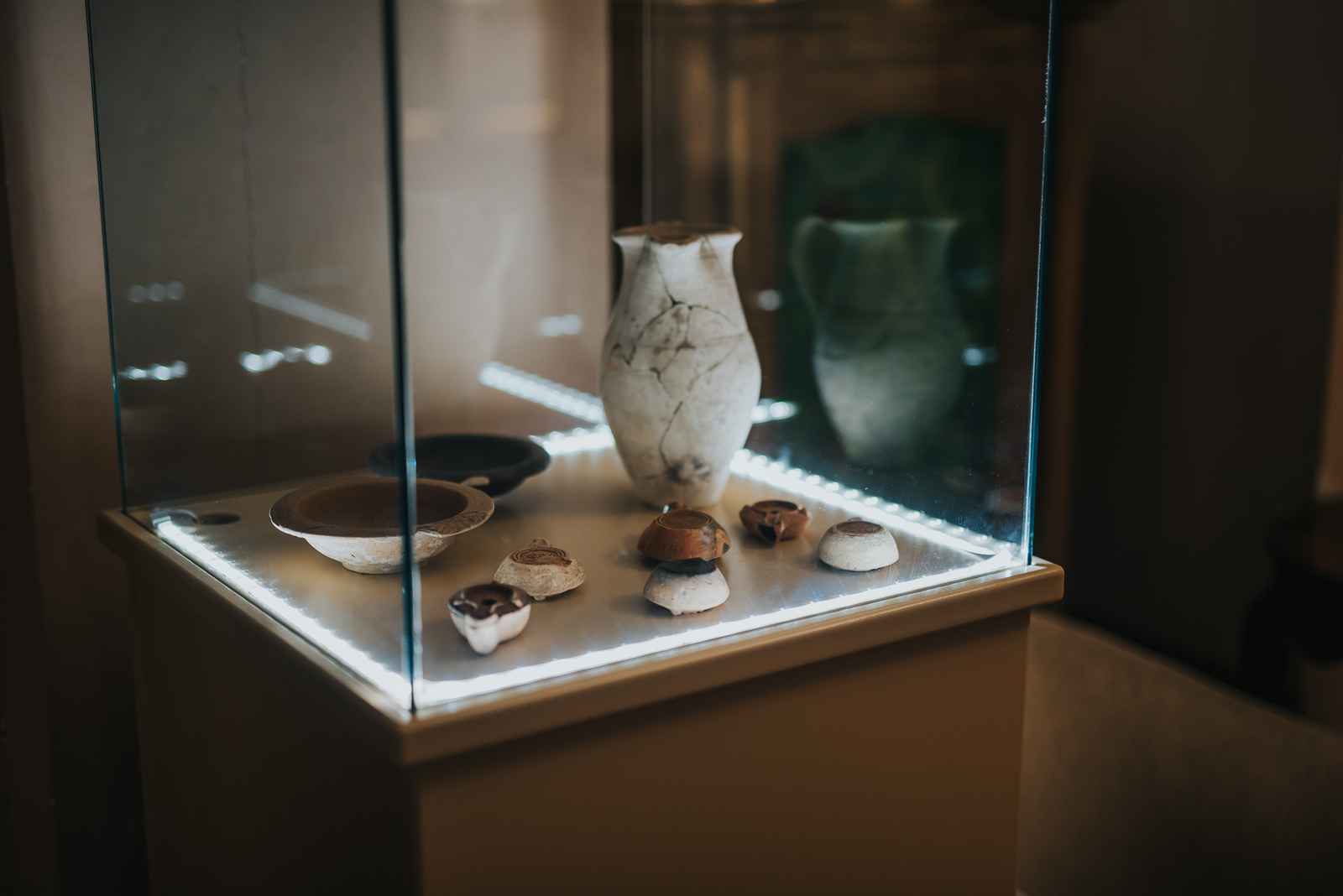 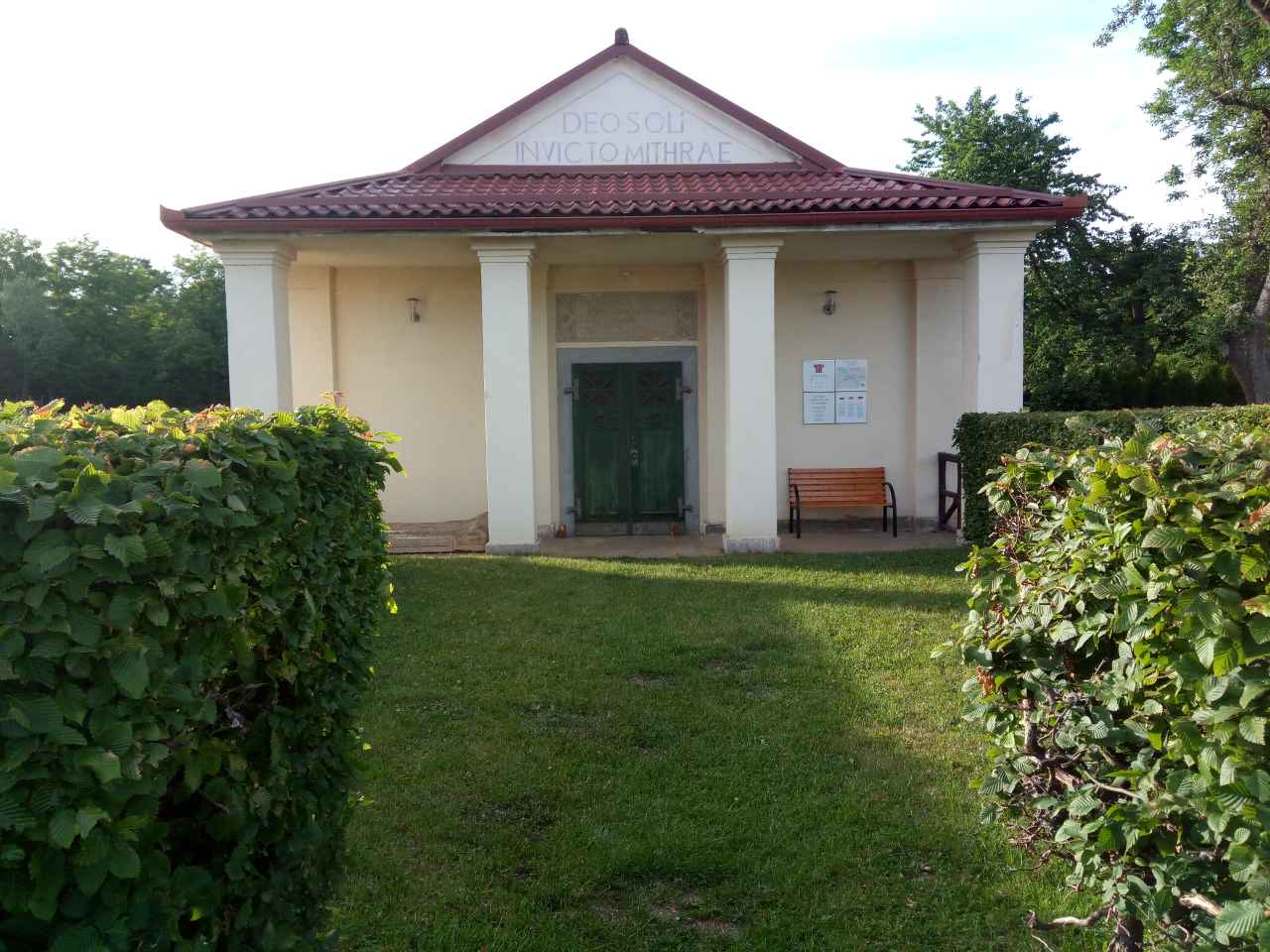 The Mithraeum is thus a cave, always understood as the universe with all the laws governing the conformity of its operation, as it was understood in antiquity. Entering the mithraeum always meant entering the universe, and its furnishing consistently followed the symbolic representation of the composition of the universe and the laws within it — the sacred topography of the cosmos. The temple’s outer appearance was therefore irrelevant, and the Mithraeums could have been placed in city buildings, such as the example in Petoviona, or natural and artificial underground caves could have sometimes been adapted for them. Mithraeums in cities often had a small anteroom in front of the entrance and a space next to it – a treasury for objects used in rituals, especially for the many utensils and bowls needed for ritual meals. The entrance to the mithraeum was normally adorned with a pair of pillars, and it was often stepped down into on stairs (usually seven) - underground, into a “cave”. There was also water in the cave, an eternal spring (Fons perennis), in the form of a fountain or spring or simply symbolized with its image.

Each mithraeum is primarily a place for ritual gatherings of Mithraists, exclusively male members. Congregations of Mithraists were always small, and consequently Mithraeums were never very large. If the number of followers increased, the Mithraists preferred to build a new Mithraeum. A Mithraeum always has a central nave, accompanied on both sides by raised podiums on which the Mithraists lay during the rites. Statues, reliefs, and altars were discovered in many mithraeums, the number of which undoubtedly depended on the wealth of the particular religious community and its religious needs.

The central cult image of each Mithraeum, in most cases made in relief, but sometimes also in full plastic or in the form of a fresco, is the image of Mithra killing the bull. This image is always placed centrally at the end of the central nave, directly opposite the entrance. In this image, Mithra is – as always – depicted in Persian dress: trousers, tunic, cape around the shoulders and a Phrygian cap on his head. With his left knee he kneels on the back of a lying bull, with his left hand on his snout he raises his head violently, and with his right he stabs a dagger into his shoulder. A dog, a snake and a scorpion suck the life force – liquid (blood, sperm) from the dying bull. On both sides of the bull and Mithra stand two young men dressed in the same Persian garb – Cautes and Cautopates, with a raised and lowered torch in their hands. Cautes is usually on the left and Cautopates on the right. Above this scene, the sun (Sol) is depicted on the left and the moon (Luna) appears on the left. A raven appears between the Sun and Mithras, perhaps the Sun's (Sol’s) messenger.

The arrangement of the altars and painted statues undoubtedly served the rite of initiation into the Mysteries of Mithra, of which we do not really know anything unequivocal, as we can only infer them on the basis of other similar and simultaneous rites of the time. Given the understanding that mithraeums depicted the universe, however, the contents of them are undoubtedly related to the understanding of the composition of the universe, its laws and man’s place in it.